What a great response we have had to our new exhibition, Theatres of War: Wartime Entertainment & the Australian Experience! Thank you to everyone who has already been in and taken the time to let us know how much you have enjoyed it.

As part of the national commemoration of the Anzac Centenary we were very keen to explore the often overlooked role played by the performing arts in the lives of Australians during times of war, both on the home front and in the field. Theatres of War explores the power of performance in bringing people together, lifting spirits and offering a form of escapism during times of great adversity.

In researching the exhibition within our own rich Performing Arts Collection we were struck by how many well-known Australian performers had carried out relatively unknown war work. Performers such as Dame Nellie Melba who received her DBE for her fundraising activities during the First World War and Norman Hetherington (aka Mr Squiggle) who entertained his fellow soldiers in the jungles of New Guinea during the Second World War. More recently singers Kylie Minogue and Doc Neeson, and comedians Hamish and Andy have provided a morale-boosting connection to home for soldiers on active service.

Many of these performers have generously lent material for inclusion in the exhibition and we are thrilled to have on display the famous piano used by Australian prisoners in the Changi prisoner-of-war camp during the Second World War, courtesy of the Australian War Memorial.

The exhibition continues until 20 September 2015.

Today marks the 153rd birthday of Australia’s most famous opera singer, Dame Nellie Melba (19 May 1861 – 23 February 1931).  Melba was born Helen Porter Mitchell in Richmond, Melbourne, later changing her name in honour her native city. After studying singing in her home town she travelled to Paris in 1886. Her talent was recognised by the influential Mathilde Marchesi who became her teacher and ardent supporter.

Melba made her operatic debut in 1887 at the Theatre Royal de la Monnaie in Brussels. This was to be the beginning of an auspicious international career.

Melba performed in the great opera houses of the world – the Paris Opera, La Scala in Milan, the Metropolitan Opera House and Manhattan Opera House in New York, and most notably the Royal Opera House, Covent Garden in London. She became Covent Garden’s prima donna, returning season after season. Throughout her career, Melba worked with prominent musicians and composers including, Enrico Caruso, Giacomo Puccini and Giuseppe Verdi.

Melba remained a loyal Australian and Melbourne was always her home. She returned to her beloved country for several triumphant concert tours and eventually collaborated with J.C. Williamson Theatres to form the Melba-Williamson Opera Company, bringing great opera to the people of Australia.

During World War I, Melba began teaching at Melbourne’s Albert Street Conservatorium (later the Melba Memorial Conservatorium), encouraging and promoting local talent. She also performed in many charity concerts to raise funds for the war effort. For this patriotic work, Melba was awarded a D.B.E. in 1918.

Arts Centre Melbourne’s Performing Arts Collection holds a significant collection of performance costumes and accessories worn by the singer, which were donated by her grand-daughter Lady Pamela Vestey in 1977. Melba’s most famous operas are represented, including Otello, Rigoletto, La Traviata, Faust, La Boheme, Romeo and Juliet and I Pagliacci. The most elaborate item is a gold cloak, hand-painted and sewn with jewels, which was worn by Melba in Lohengrin and designed for her by the Paris-based couturier, Jean-Phillipe Worth.

Since the time of this generous donation, many additions have been made to the Performing Arts Collection. Original photographs, many of which are signed by Dame Nellie, illustrate her life and career. Programmes, some printed on silk, trace her Australian and international opera performances and concerts. Letters and cards written by Melba to friends and pupils provide an insight into the personality of this great performer. Opera scores (including Madame Butterfly signed by Puccini), books, monogrammed items, and records are also part of this important collection.

This gallery showcases some of the wonderful costumes in our Performing Arts Collection. You can currently see these costumes (and many, many more!) on display at Arts Centre Melbourne in the free exhibition, All That Glitters. This exhibition celebrates the vision behind these costumes, the creativity and skill of those who created them, and the show-stopping performances that brought them to life.

All That Glitters will be on display in Gallery 1 until 23 February 2014. 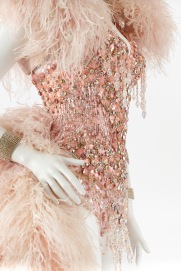 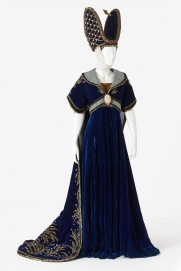 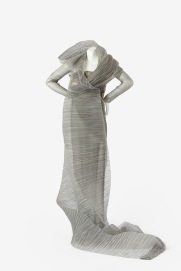 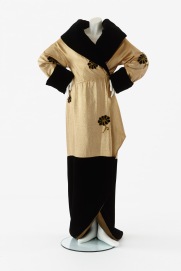 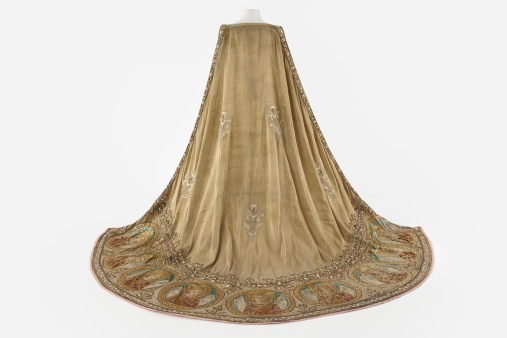 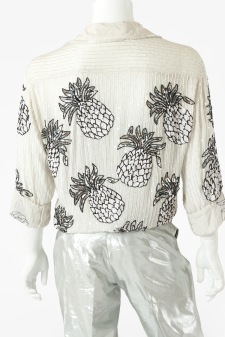 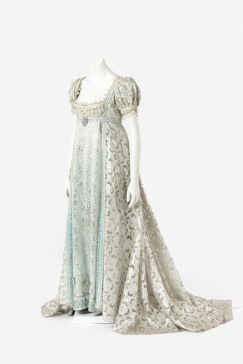 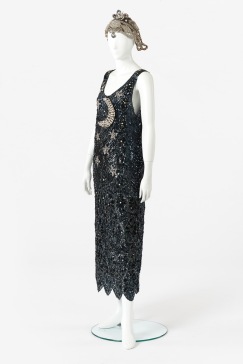 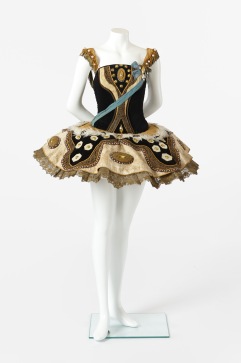 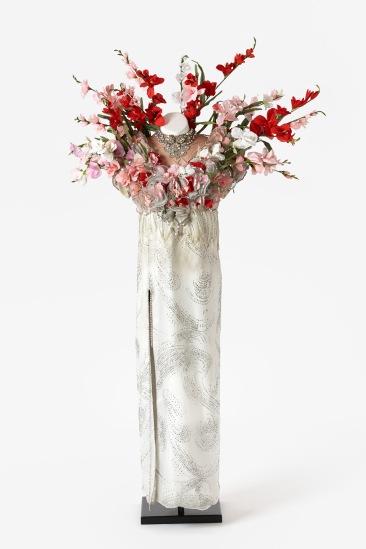 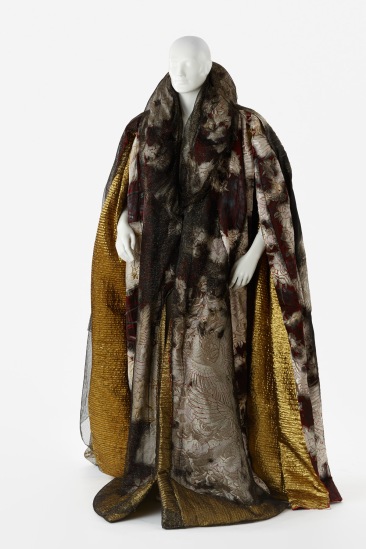 All That Glitters showcases some of the most breath-taking examples of stage costume from Arts Centre Melbourne’s Performing Arts Collection. The exhibition celebrates the vision behind these costumes, the creativity and skill of those who created them, and the show-stopping performances that brought them to life.

Costume has played an important role in the development of the Performing Arts Collection since its inception in 1977. The spectacular stage wardrobes of Dame Nellie Melba, Dame Edna Everage and Kylie Minogue lie at the heart of this collection and epitomise the drama, exuberance and glamour of theatrical costume at its most dazzling. These stars of the stage, along with magnificent gowns recently donated by Opera Australia and a number of newly conserved pieces from the hit musicals of the 1950s and 1960s have been the inspiration for All That Glitters.

The exhibition draws together a rich selection of costumes by leading Australian designers including Hugh Colman, Roger Kirk, John Truscott, Kenneth Rowell and Kristian Fredrikson. Many of the costumes have been created to form the centre piece for some of the most lavish productions ever staged by companies such as The Australian Ballet, Sydney Dance Company, Melbourne Theatre Company, Bell Shakespeare and Opera Australia.

Each costume has its own unique story and All That Glitters retells these stories with photographic images of the costumes in performance, capturing some of Australia’s most charismatic performers in action. Large scale productions from the world of opera create a major focus point for the exhibition with three extraordinary gowns created specifically for Dame Joan Sutherland.

Stunning costume jewellery will offer a historic glimpse at the captivating stage persona of performers such as Nellie Stewart, Queenie Paul and Esme Levante whose appearances lit up the Australian stage in the first half of the 20th Century.  Also featured are treasured pieces from a famously extravagant production of Aida first seen in Australia in the 1930s.

All That Glitters presents a dramatic display of treasured costumes from Arts Centre Melbourne’s Performing Arts Collection, which are unique to Australia’s performing arts heritage.